Flight hampers the evolution of weapons in birds 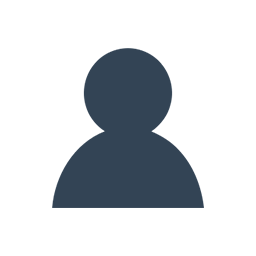 This study combines data on bony spurs with a metric of flight efficiency to test the hypothesis that specialised weapons are ancestral in birds but have been lost because of they increase the cost of powered flight. This is an interesting question and the positive results have some important implications. The manuscript is generally well written and nicely organised. The methods are mostly fine: I like the ‘spur index’ developed for this study and the phylogenetic models seem sound (aside from the low quality of the underlying tree which needs a little more clear acknowledgement and the addition of sensitivity analyses). The models of flight costs implied by spurs are a compelling addition. Overall, this seems to be a strong study that is well suited to Ecology Letters.

The introduction is written in quite a folksy, informal way, but I think it works fairly well and makes a nice change for the formulaic style of most papers. The first paragraph probably needs a little editing so as not to come across too chatty, but the 3rd person/personalised approach is quite effective I think.

Although bony spurs can be argued to be “the only specialized avian weapon” the text isn’t clear enough that this definition excludes quite a few other avain morphological traits adapted for fighting. Mention should be made of the casques in helmeted hornbills (Kinnaird et al. 2013), which could be argued to be rather specialised in their non-porous and therefore weighty design. Hummingbird beak morphology also appears to be adapted for fighting (Rico-Guevara & Araya-Salas 2014), which is mentioned later in the discussion, but perhaps needs to be alluded to in the intro to clarify why the authors are excluding them from this analyis. A rather specialised example not mentioned in the paper cited in the current ms is the ‘teeth’ of tooth-billed hummingbirds, which also apparently serve as an (arguably specialised) weapon.

Line 104: “and by analogy spurs” – analogy is the wrong word here. You can use “by extension” but I’m not sure the sentence works well like that. Perhaps “and hence presumably spurs”

Line 147 – I would not call the variable “flight frequency”. Evidence that HWI reflects frequency of flight is not yet published and analysed, although the suggestion has been made in previous papers. I would suggest sticking to the stronger support and mentioning that this is probably related to dispersal (Claramunt 2021) and flight frequency (citing Stoddard et al. paper as a source for the idea). I would suggest calling HWI variable “Flight ability” or “flight efficiency” to link with the idea of wing aspect ratio, and following numerous papers (e.g. Claramunt 2021).

When the link with “flight frequency” is suggested, the authors should add a bit more detail to clarify that they mean. HWI is linked to long-distance dispersal, such as migration (Sheard et al. 2020), which is not necessarily “frequent flying”. Nonetheless, HWI also appears to be associated with more airborne lifestyles, including species that habitually forage on the wing or are highly mobile frequently flying between foraging patches, without necessarily dispersing very far.

Line 169: “HBW Alive; del Hoyo et al. 2020” since this is no longer “alive” the citation needs to be swapped to Cornell’s Birds of the World which now contains HBW. Or at least to help the reader find the current location of HBWAlive which is in the version history of BoW.

Line 178: “not rarely providing conflicting information” – not rarely is poor English. Change to “occasionally” or similar.

Line 230: Data on body mass used by the authors is not always “high-confidence” since hundreds of measures were inferred from crude models by Wilman et al. Some of these have been shown to be inaccurate by a factor of 6. I’d limit the statement to “comprehensive” and avoid statements of data quality.

Phylogenetic methods: the Jetz trees include a third of species placed by taxonomic algorithm, very often inaccurately. While these trees are fairly good for analyses focused on community structure etc, they are risky when used for models of evolutionary rates and transitions. While I think the main analyses can stand, sensitivity analyses are required focusing solely on the ‘molecular tips’, ie the <7000 species for which tree placement is based on actual genetic data.

Line 349: “specialized weapons” – this is a bit ambiguous as specialised weapons may be much more widespread than the bony spurs studied here. Find another term like “bony weapons” or “weaponized spurs”.

Lines 359-362: “yet another major adaptation of the avian Bauplan for flight efficiency”. Furthermore, the authors could mention that their finding is perhaps similar to other findings that adaptation to frequent flight can can have pervasive evolutionary effects, even influencing unexpected traits, including egg shape (Stoddard et al. 2017).

Long paragraph beginning line 363: some good information and speculatin in here, but it perhaps needs better organising and breaking into 2 paragraphs. The point could be made that cost of spurs can explain the evolution of alternative (non-specialised) weapons that weigh less in aerial species, examples including the various beak/tooth weapons of hummingbirds which do not add any more weight over and above the foraging apparatus.

I agree that the constraints on weaponization of birds may explain why they have evolved a very different mode of mediating aggression and competition, as noted by the authors. This paragraph is very important and perhaps could be refined. To repeat the logic outlined by the authors, a wide range of social status or condition signals – including elaborate plumage ornaments/armaments and songs – allow many bird species to compete without fighting directly. Viewed from this perspective, the loss of effective specialised weapons might explain the transition to visual and vocal signals which have diversified so spectacularly across the avian radiation. In other words, the authors could perhaps make a bit more of the fact that their findings might explain why flight adaptation has driven the evolution of classic avian signalling traits, including the gorgeous plumes and songs found largely in flying species (rare or absent in flightless species). (I wrote the above before reading the last sentence of the discussion, which tries to convey this idea, but hopefully my notes above can be used to refine the message and improve the impact of the point).

As an aside, this line of reasoning suggests that the current popularity of speculative artwork of dinosaurs with extremely bright visual signals is perhaps fanciful, since those terrestrial species had perfectly good weapons and there was no reason for elaborate signal traits to evolve until birds evolved the power of frequent flight.